Thoughts about leading and learning..... 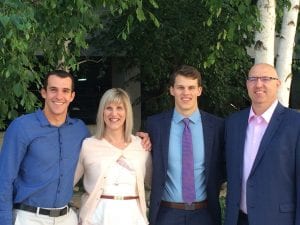 My youngest son Griffin has probably taught me the most about how to use adversity as motivation.

June 2016 we sat through 7 rounds of the NHL draft in Buffalo, NY the hometown of his grandparents where his grandfather was a legendary NHL player and hockey executive for the Buffalo Sabres for 30 years. We were surrounded by our families, the boys’ girlfriends, and close friends. Scott had recently been let go from the Florida Panthers and he was sitting in the stands for the first time in 18 years. That day he was just a hockey dad not a hockey scout. He was nervous as hell as was I. I had been to the draft and watched it for many years and knew the joy of having your son’s name called.

By all accounts Griffin was “supposed” to be drafted that day. He was not predicted to go early but scouts, teams and his advisor thought that he would definitely be drafted.

The day started with excitement, photos, nervous energy. All the things that draft day brings. We took our spots surrounded by 20-30 of our closest family and friends. It was in Buffalo so everyone who could be there was there. The draft began and we saw many of Griff’s close friends and teammates get drafted. We were thrilled for them and knew how hard they had worked to get there. The sacrifices they and their families had made for the love of the game. After the early rounds were completed we started to get anxious and believed it would be any time.

Each round the pit in my stomach got tighter and tighter. It was unbearable. Surely he would get drafted at least in the 7th. Pick after pick in the 7th round until the last name was called. Two days and seven rounds and we never heard “Griffin Luce”. We all just sat there stunned. My older son burst into tears and could not get it together. It was like a kick to the gut. We were reeling. There were no words. As a parent we could not find the words to say to make it make sense or to take away the hurt.

It is hard for others to understand what this day meant for Griffin and for us as a hockey family. We felt robbed, cheated and angry. How would we pick up the pieces and put our son back together?

Turns out we did not have to…. we were there for him but he took it like a champ. He stood up, gathered himself and walked out of the rink with his head held high. He congratulated his teammates, shook the hands of the scouts that he had being talking to up to the draft, thanked his advisor and joined his family and friends for what was to be a draft celebration party. He was disappointed, angry, confused and humiliated but he did not show it. He did not let it defeat him instead he chose to use it as motivation to prove others wrong.

He began the process of putting the pieces back together. He worked his butt off that summer in the gym and on the ice in preparation for his first season at the University of Michigan. It has definitely been an uphill battle. He has been at 3 NHL development camps and has had 2 successful seasons at the University of Michigan both in hockey and academically. Each set back along the way Griffin uses as more motivation and keeps his focus on his goal.

How does this story relate to our experiences as school leaders?

As the school year winds down school leaders are battered, bruised, and exhausted? They have been through a year of highs and lows? Some have given them cause to pause and to reflect. Some have brought them to tears and some have had them bursting with pride and joy! There are celebrations, successes, tragedies, losses and many leadership lessons learned.

For those that have struggled this year I encourage you to take some time to breath, relax, rejuvenate and refocus. Reflect on those moments this year that have defeated you and use them as motivation for next year. You have the power to prove others wrong and to prove yourself right! You are amazing. You make a difference, you change lives!

If that is not your path, find another one. Look for another leadership job in your district, ask for a school move, apply for a secondment, or lead internationally. Take a risk, make a change!

I think having this experience with Griffin gave me the courage to try and find another path in a job that I found frustrating, stressful and unfulfilling. I am thankful for him and for my family’s support as I feel excited and passionate about school leadership again.

Whatever you do, make sure it gives you joy, satisfaction and ignites your passion for leadership. Do not settle for anything less! You are worth it! 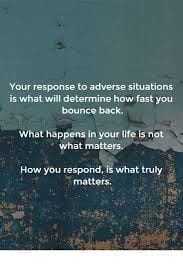 I am currently the Elementary principal at the Canadian International School of Beijing. I am passionate about international education, school improvement, professional learning and educational leadership.

These widgets are displayed because you haven't added any widgets of your own yet. You can do so at Appearance > Widgets in the WordPress settings.

Theme by Anders Noren — Up ↑

Powered by WordPress | Hosted by Edublogs | Protected by CloudFlare